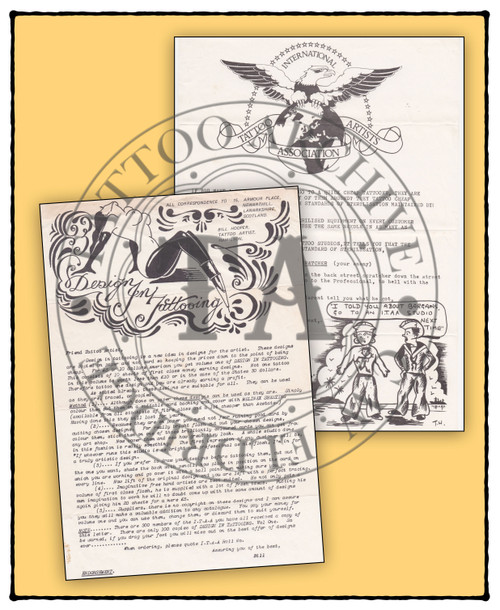 The International Tattoo Artists Association (ITAA) was formed in 1975 by Terry Wrigley and others. Sadly it was short lived and the club was disbanded in 1978. Scottish tattooist Bill Hooper was a member of that club. Included with this package is a letter from Hooper to the I.T.A.A. members promoting his Designs In Tattooing flash and a letter from Terry Wrigley on I.T.A.A. letterhead to members.